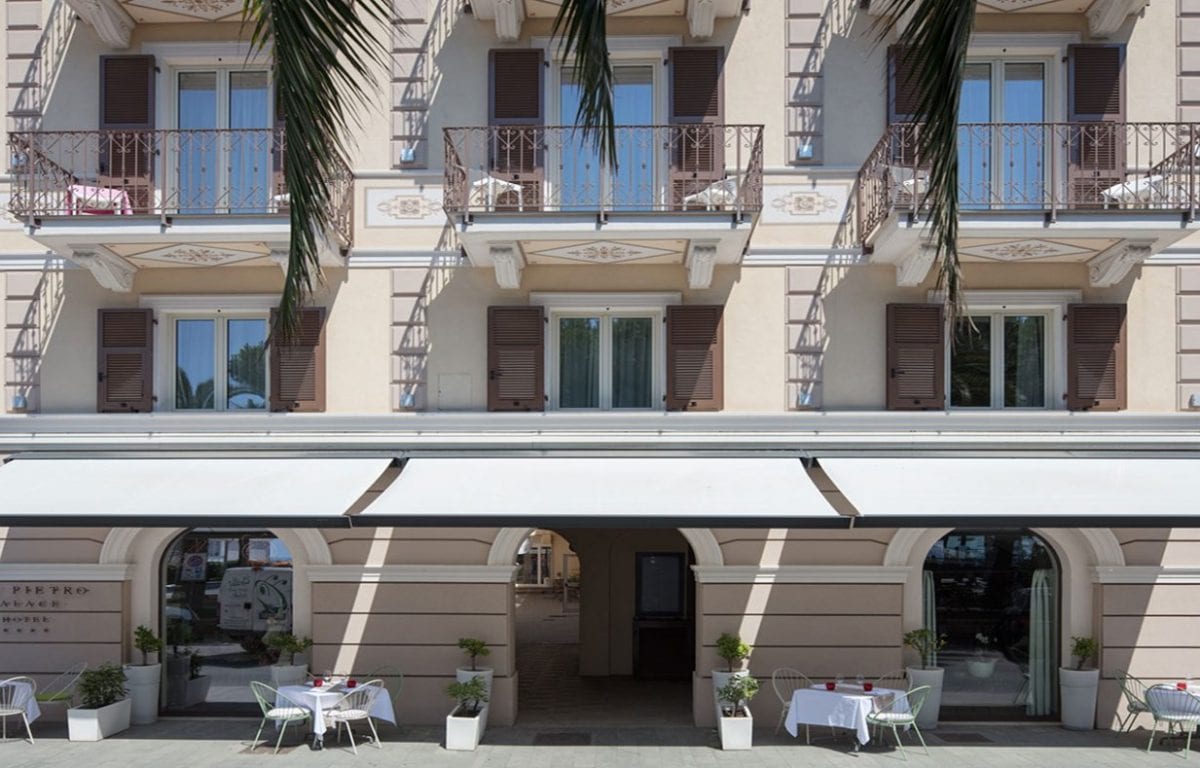 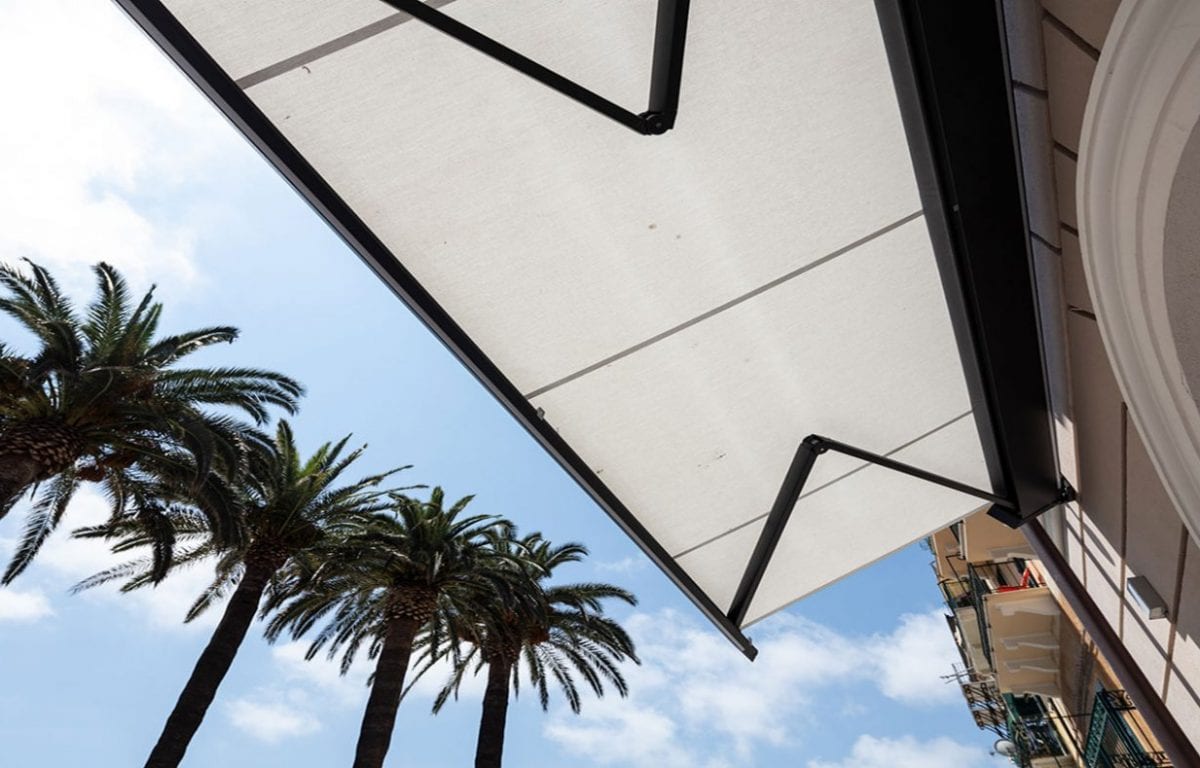 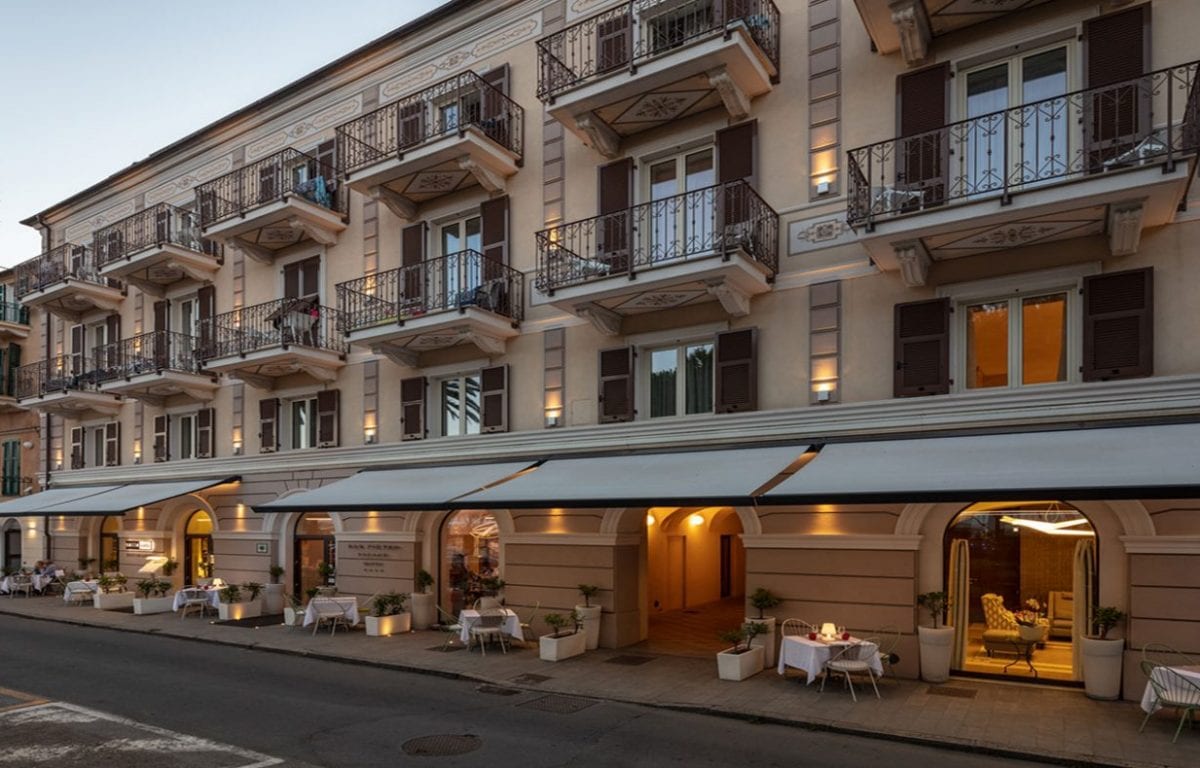 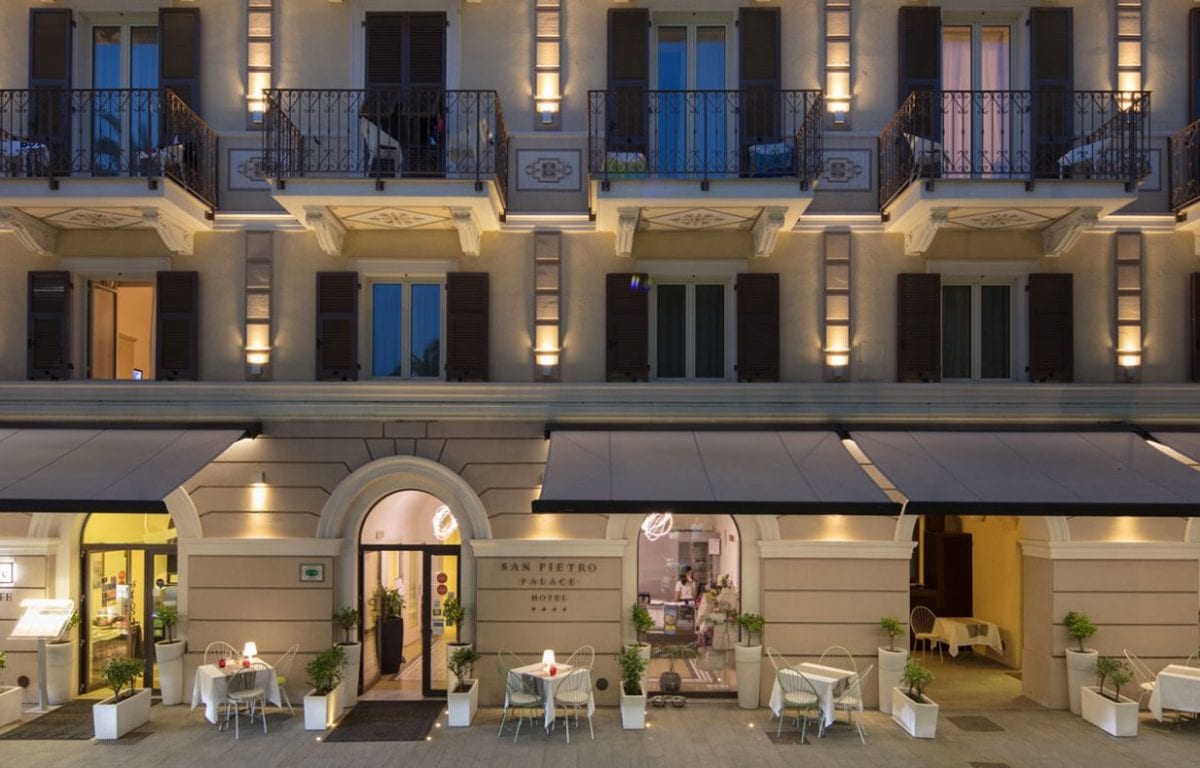 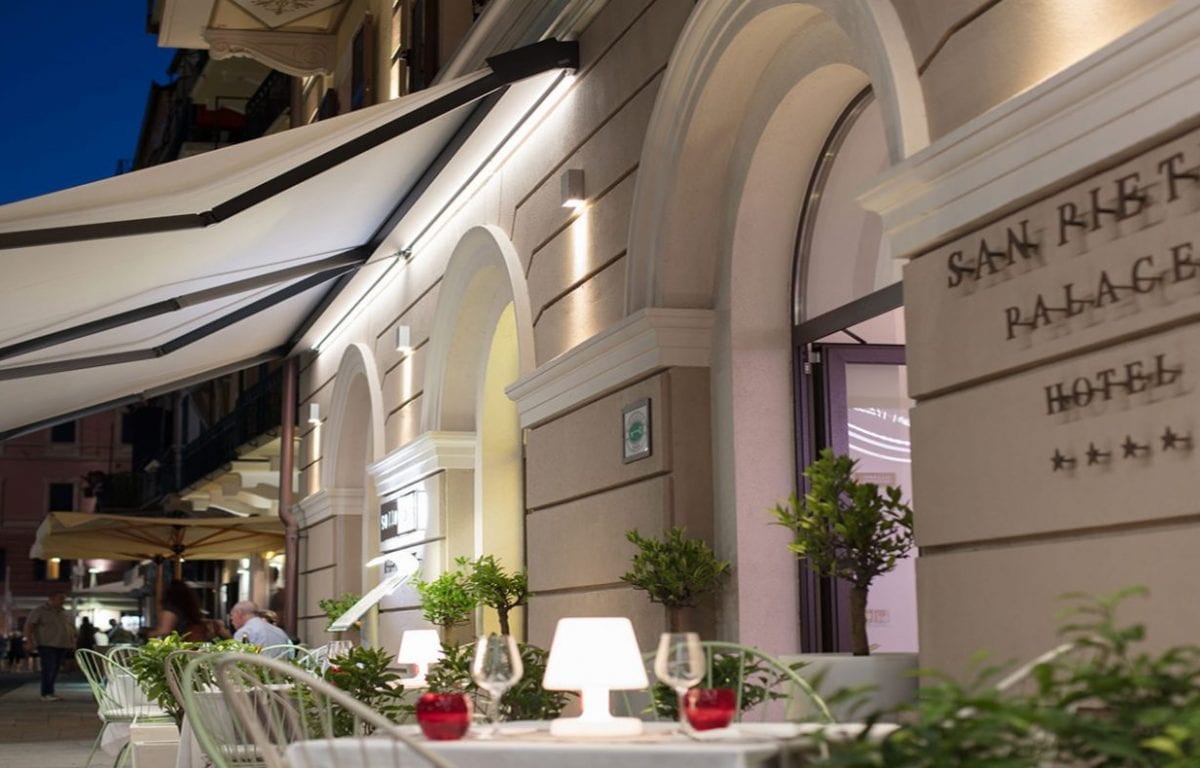 The façade of the San Pietro (Saint Peter) Palace hotel, is characterized by a sequence of high arched openings, which offered an unusual architectural scenario for the T-Code. The arm awnings of Pratic, the leading brand in Italy for the design and production of pergolas, awnings, outdoor structures and terraces, have proved to be the perfect choice for the required shading needed to enjoy the outdoor space even in Finale Ligure, where the southern exposure facing the sea of the building can lead to high temperatures during the summer days.

Intervening on a historic building requires many precautions: the risk is in fact that of distorting its appearance with elements that do not fit harmoniously into the existing structures. Therefore the challenge is to combine functionality and aesthetics, and achieve a homogeneous and efficient result, even combining the modern with the old. The San Pietro (Saint Peter) Palace Hotel is the example of a perfectly successful union, which sees the numerous entrances, enriched by cornices and moldings, dating back to the 17th century, integrated with five modern T-Code armed awnings by Pratic, which, with their 420 cm in width and 150 cm in depth, perfectly adapt to the spaces of the facade. Also, elegant installations in the colors for which two shades of gray have been chosen: 986/15 for the acrylic fabric of the curtain and the iron gray for the structure.

“The San Pietro (Saint Peter) Palace is housed in one of the first buildings built on the waterfront of Finale for the processing of the caught fish – says the architect Valentina Zanetti, project manager -. The choice to convert the existing building into a hotel, during the early 1900s, expresses the tourist vocation of the town. But the very characteristics, which make the façade so special, have determined the constraints for the installation plans of the shading system and its inclination. The Pratic model proved to be the optimal answer to the customer’s needs “.

The outdoor area, in addition to being the hotel business card, also has an important function. It is used both by hotel guests for breakfast and aperitifs, and by the customers of the ‘Sottosale’ restaurant, inside the hotel, as an ideal place for a moment of relaxation, in which to taste a local wine or the excellence of the raw materials of the territory, at the same time enjoying the splendid promenade facing the sea. The need to use this precious space, combining the needs of each time slot and type of service, has determined the choice of a cover that lends itself to various configurations, maintaining the refined and elegant atmosphere of the entire structure.

The T-Code awnings have fully satisfied the need for the prolonged use, providing both the shading and the lighting planned by the architect, thanks to the full LED lighting. This Pratic project expresses a new concept of sun protection that combines exclusive design with a high technological level. Even the need to create a homogeneous space with the restaurant’s interior room was brilliantly solved by these awnings, which provide the possibility of integrating a lighting system with dimmable lights, easily modulated thanks to the supplied remote control.